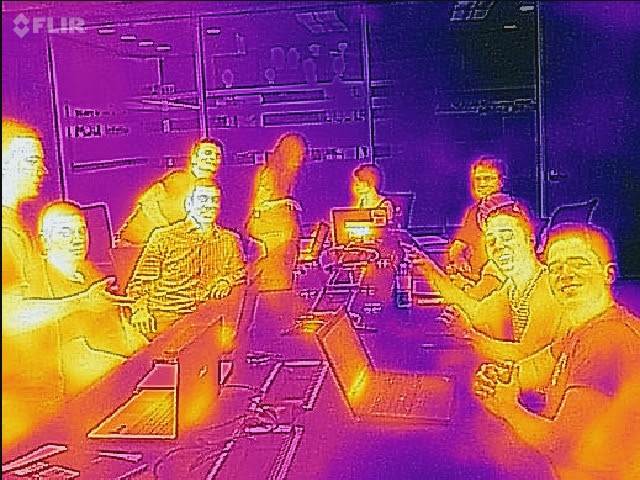 The project, called “Phoenix,” is to design and build a small satellite, the size of a small loaf of bread, called a “3U CubeSat.” The satellite will use thermal infrared imaging to investigate how human activity and weather create urban heat islands around Phoenix and several other cities.

While faculty and a graduate student will be mentors on the project, the team of more than 25 undergraduate students will be designing, promoting, building, and running a satellite project from beginning to end.

“This project is history in the making” says School of Earth and Space Exploration Associate Professor Judd Bowman, the project’s principal investigator. “No undergraduate student group at ASU has run a satellite in space before.”

Students will be working in labs within the School of Earth and Space Exploration as well as the Ira A. Fulton Schools of Engineering. The satellite will be controlled from the mission operations center on the ASU Tempe campus.

“They’ll will be working on a real project, using a real process, with real risk and the pressure to actually deliver,” says Bowman.

The project follows an interdisciplinary model, comprised of students and faculty from the School of Earth and Space Exploration, the Ira A. Fulton Schools of Engineering, the School of Geographical Sciences and Urban Planning, the Julie Ann Wrigley Global Institute of Sustainability, the Walter Cronkite School of Journalism and Mass Communication, and the Herberger Institute for Design and the Arts, as well as the student-run Sun Devil Satellite Laboratory.

“Our project is enriched by a collaboration of schools at ASU spanning engineering, science, and the arts,” says Jaime Sanchez de la Vega, a sophomore in aerospace engineering and the team’s chief engineer. “This diverse involvement allows our mission to have a much greater impact than any of the participating schools could have by itself.”

While the engineering team will design and construct the satellite, the science team will utilize the information collected by the satellite to advance the scientific understanding of urban heat islands. The outreach team will then communicate this new knowledge to the community.

In addition to science and engineering roles, the team includes students who will take on responsibilities in public relations, journalism, graphic design, web development, videography and photography, making the team truly interdisciplinary.

“The public outreach component of the mission is one of the most essential parts of the project,” says Sarah Rogers, a freshman in aerospace engineering and the team’s project manager. “It connects people directly to what is being done at ASU.”

Through the USIP Student Flight Research Opportunity program, NASA seeks to build science, technical, leadership and project skills among undergraduate students by offering them real-world experience in developing and flying science or technology experiments that are relevant to NASA’s missions. NASA will cover launch and flight costs.