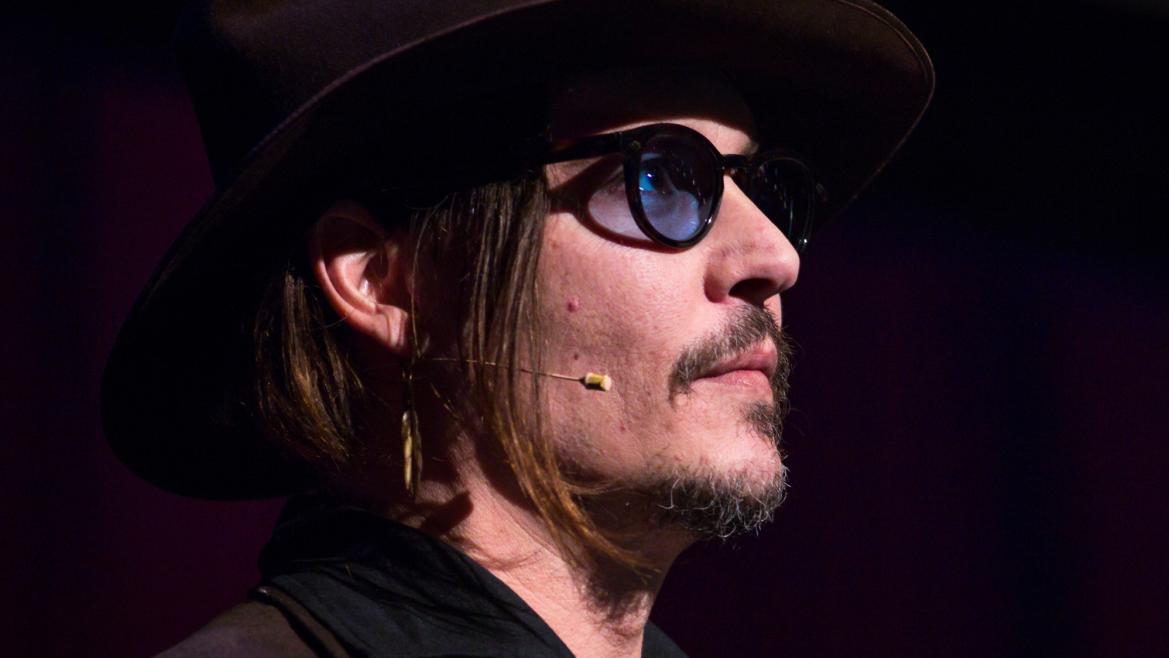 On madness and creativity

Socrates once said, “The greatest blessings granted to mankind come by way of madness, which is a divine gift.”

“If you have it, you have it,” Depp said of madness. “If you don’t have it, great. But don’t romanticize it.”

A clip depicting his portrayal of John Wilmot, Second Earl of Rochester, a Restoration playwright and satirist, dying of alcoholism and syphilis, brought home the point.

The onstage discussion between Depp and Krauss focused on the humanity of madness, revealing Depp's experience and creative method as an actor who has portrayed eccentric fictional and nonfictional characters while exploring and unraveling the intricate links between creativity and madness. It also sometimes just veered into humorous stories, as the Origins dialogues can.

Krauss, a theoretical physicist and cosmologist, Foundation Professor of the School of Earth and Space Exploration, director of its Origins Project, and the only physicist to have received awards from all three major American physics societies, introduced Golden Globe winner and renowned actor, producer, author and musician Depp, portrayer of fictional characters such as swashbuckling pirate Jack Sparrow, candy baron Willy Wonka and demented milliner The Mad Hatter.

“With Origins, we always like to connect science and culture as much as possible,” Krauss said. “He finds the creativity in madness.”

(The Saturday performance, incidentally, gave Krauss the lowest Erdos-Bacon-Sabbath score ever. Click here to read what that is — and how Depp could surpass him.)

Before a packed crowd at ASU Gammage, Depp told a story about a conversation he had with Marlon Brando. Brando asked how many films Depp was doing per year. Two or three, Depp told him.

“That’s too many,” Brando said. “We only have so many faces in our pocket.”

“Unfortunately, because of my madness I feel like there’s a lot of faces left in my pocket,” Depp said. “If you think of yourself as a chest of drawers, they’re all in there. And that’s not healthy.”

Krauss asked Depp when he first realized he was strange.

“Pretty early on,” Depp said. “I never wanted to be ‘inside.’ Those people bored me.”

Depp recounted being fascinated by freethinkers like Van Gogh and Jack Kerouac. “I became an actor by mistake,” he said. “It happened out of need — the need to pay rent. ... I felt I had something to offer. I didn’t know if it was right or wrong.”

“You’ve never seen any of your films,” Krauss said.

“I saw half of one once,” Depp said, recounting a director’s screening where he fell asleep “35 times.”

Childhood stress was a great driver in the formation of Depp’s creative persona.

“I believe it’s exactly what made me what I am,” he said.