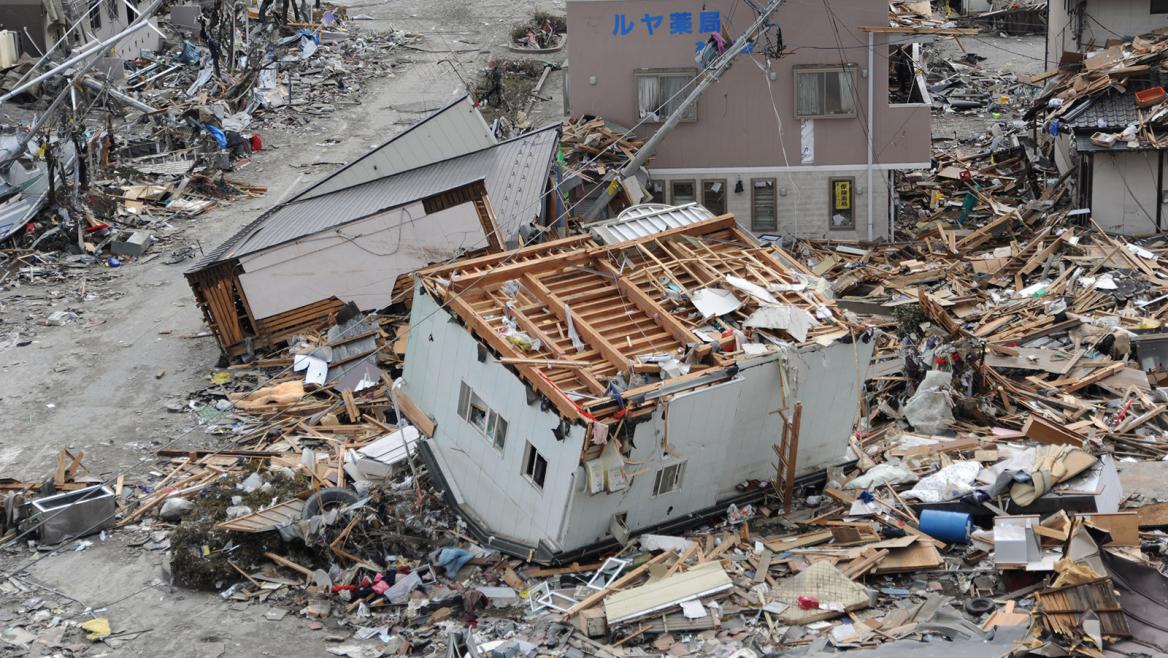 Some of the world's largest earthquakes occur on subduction zones, where a cold dense oceanic plate moves under a warmer continental plate. This was the case for the massive Tohoku earthquake in Japan in 2011, which was followed by a tsunami with waves up to 33 feet that left thousands dead and inflicted extensive damage to buildings and infrastructure, including four major nuclear power stations.

Manoochehr Shirzaei, an assistant professor at ASU’s School of Earth and Space Exploration, and Jennifer Weston, a former postdoctoral researcher at the school, have published a new technique for observing the behavior of these destructive tectonic settings and forecasting earthquakes in the journal Tectonophysics. (Weston is now at the International Seismological Centre in England.)

Shirzaei and Weston used measurements of surface displacement with GPS, in combination with the location and magnitude of characteristically repeating earthquakes, to investigate how the Japan subduction zone was behaving prior to a large earthquake.

Some of the largest earthquakes in the world occur on subduction zones, where a cold dense oceanic plate moves under a warmer continental plate. Japan and the ocean to its east are pictured here. Photo by Visible Earth/NASA

“We were trying to see if GPS and data on characteristically repeating earthquakes could be successfully combined to investigate the movement (creep) or lack of movement (locking) on the plate interface,” said Weston.

They began to see a link between the two that could help them understand why some parts of the subduction zone move relatively quickly but not very often, and why other parts move often but slowly (creep) in the period between large earthquakes.

Having an estimate of areas that are not creeping is useful for understanding where earthquakes are more likely to occur in the future.

A conceptual model of the creep mechanism in northeast Japan. As the cooler oceanic lithosphere subducts, it becomes dehydrated, releasing fluid that migrates along the fractures in the plate. The fluid becomes trapped due to reduced porosity and permeability, and the clay acts as a weakening mechanism, thus facilitating creep. This part of the plate can also move in a stick-slip manner if the lubricating pore-fluid pressure drops. The upper part of the plate, where the pore-fluid pressure is lower, ruptures in large earthquakes.

"The Tohoku earthquake surprised the seismological community and challenged the conventional ideas about subduction zones behavior,” said Shirzaei. “This research provides unique data sets that update our understanding of these zones, and aid in the revision of earthquake forecast models, with the aim of avoiding future surprises."

The research is unique in that it combined GPS and repeating earthquake data to look at subduction zones and used seismic tomography to solve for its mechanical properties. While these are different data sets, they are complementary. In addition, the researchers used a data set spanning most of the northeast Japan coast and over a period of nearly eight years.

“This information can be used to help communities be better prepared for a possible event,” said Weston. “And considering millions of people live adjacent to subduction zones, this is valuable information.”

The School of Earth and Space Exploration is an academic unit of ASU's College of Liberal Arts and Sciences.

Top photo: An upended house is among debris in Ofunato, Japan, after a 9.0-magnitude earthquake and subsequent tsunami in March 2011. Photo by Matthew M. Bradley/U.S. Navy