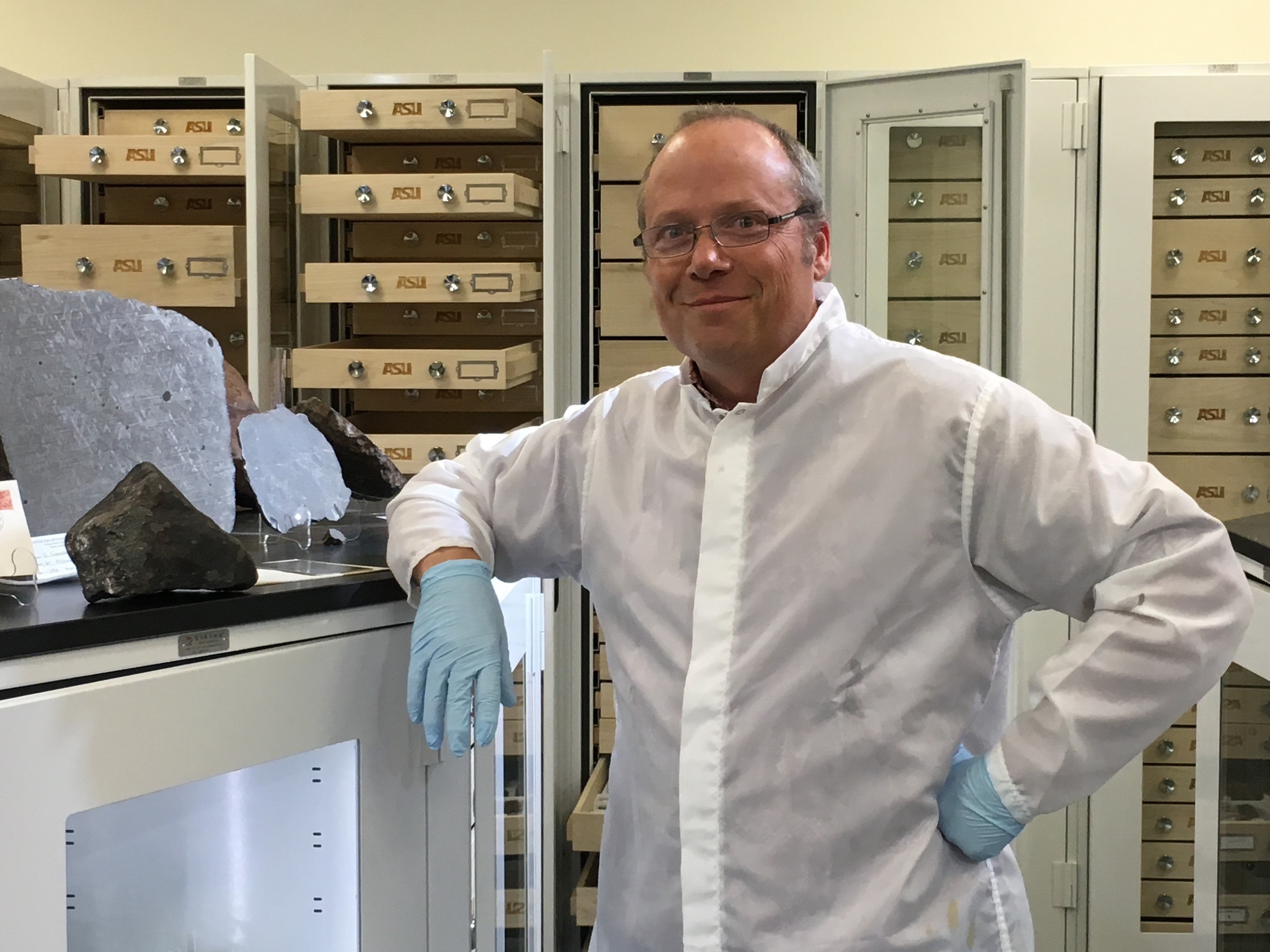 Through its history, the Earth has been bombarded by extraterrestrial material ranging from dust-sized particles to objects large enough to destroy cities and cause mass extinctions. And we are still under attack.

Laurence Garvie, Research Professor and Curator for ASU's Center for Meteorite Studies at the School of Earth and Space Exploration at ASU, will provide an update on this extraterrestrial material in his talk, “Asteroids, meteorites, and dangers to life on Earth” at 7:30 pm Feb. 18, in the ISTB4 building on the Tempe Campus.

The talk, which is free and open to the public, will discuss the history of meteorites, how often they impact on Earth and the local and global threat of asteroids.

The SESE New Discoveries Lecture Series brings exciting scientific work to the general public in a series of informative evening lectures, each given by a member of the SESE faculty once a month throughout the spring.

Additional lectures in this series will be presented on March 17, by Hilairy Hartnett, associate professor and biochemist; and on April 28 by Ariel Anbar, President’s Professor and astrobiologist.

Lectures begin at 7:30 p.m. at the Marston Exploration Theater, located on the first floor of ASU's Interdisciplinary Science and Technology Building 4 (ISTB4) (map) on the Tempe Campus, RSVP to reserve a seat. Parking is available at the Rural Road parking structure just east of ISTB 4.