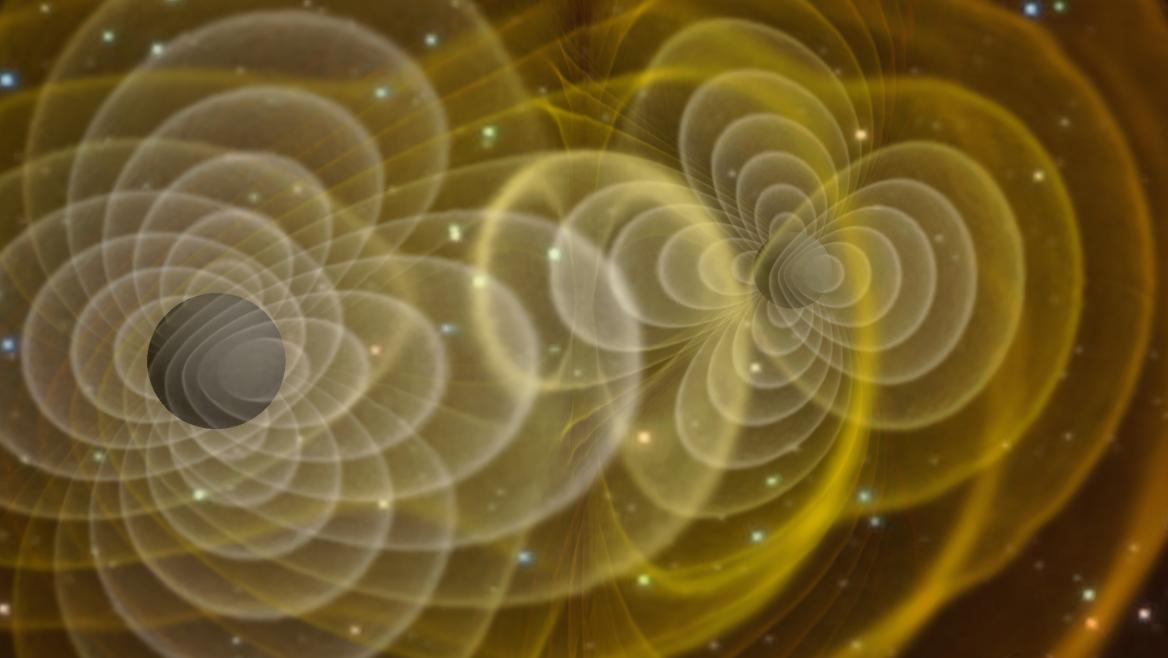 Everything shifted this morning.

In the 100th-anniversary year of Einstein’s theory of relativity, scientists announced they have proved it.

Using a stunning display of technological prowess, a group of physicists measured gravitational waves, a ripple in the fabric of space caused by the collision of two immense objects far out in the universe.

The discovery is on par with the invention of the telescope, said Lawrence Krauss, a theoretical physicist and cosmologist at Arizona State University.

Researchers at the Advanced Laser Interferometer Gravitational-Wave Observatory (LIGO), a joint project between the Massachusetts Institute of Technology and the California Institute of Technology, used two detectors at opposite ends of the country to measure a change in length down to a tolerance of one ten-thousandth of a proton.

The LIGO experiment observed the collision of two black holes. Black holes are at the center of virtually every large galaxy, and their dynamics may be related to the dynamics of galaxy formation. It’s a chicken-and-egg question: Which formed first?

Two incredibly immense black holes collided, converting a mass three times the size of the sun into energy in a single second, sending out a ripple in space and time.

In order to detect gravitational waves, researchers had to build a detector. There are two detectors: one in Louisiana and the other in Washington state, each with two perpendicular arms 4 kilometers long. When a gravitational wave comes along, one arm gets shorter and one gets longer periodically, and vice versa. Gravitational waves change length. What the physicists looked for is a disturbance in both detectors, separated by the time it would take light to travel from one detector to the other. (Gravitational waves travel at the speed of light.)

They fired lasers down the arms and bounced them off mirrors at either end. The laser path lengths are equal under normal circumstances, but not when a gravitational wave passes through.

“It’s a testament to human perseverance and ingenuity,” Krauss said. “What was required to build a detector to detect gravitational waves is unbelievable.”

It’s like being in California and detecting a leaf falling in Virginia. The system is so sensitive a truck hitting a pothole miles away threw it off in the early years when it started operating in 2002. The arms are so long that the curvature of the Earth is a measurable 1 meter (vertical) difference over the 4-kilometer length of each arm. “The most precise concrete pouring and leveling imaginable was required to counteract this curvature and ensure that LIGO’s vacuum chambers were truly ‘flat’ and level,” the lab’s website said. The detectors are so precise continental drift had to be taken into consideration, Krauss said.

“They had to be able to measure the change in length of a 4-kilometer-long tunnel by an amount equal to one ten-thousandth the size of a proton,” he said. “When you say that, it’s just amazing. It’s just amazing that human beings could do that. They had to push quantum technology to its limits. Even the quantum fluctuations of atoms in the mirror are such that even those have to be controlled. It’s just amazing what they can do. It’s proof that truth is stranger than fiction. Science-fiction writers wouldn’t dare to even propose it, but it’s been done. It’s taken 20 years of hard work by thousands of physicists; there are more than 1,000 people working on that collaboration.”

LIGO will allow the laws of physics to be tested in domains never seen before, like the event horizon of black holes, “which is that region inside of which you never get out, and which, if you’re near, strange things happen — if you’ve seen the movie ‘Interstellar,’ time dilates and everything else,” Krauss said. “It’ll be a whole new type of astronomy.”

He appreciated the poetics of the discovery happening in the anniversary year of relativity.

“It’s beautifully fitting that on the 100th anniversary of the development of general relativity, when Einstein first proposed the existence of gravitational waves, that they’ve finally been directly discovered,” he said. “It’s superlatives all over. It’s an amazing piece of work by an amazing group of scientists who were dedicated to doing something that appeared impossible, to discover something that opens a new window on the universe. And every time we open a new window on the universe, we’ve been surprised. I’m sure there will be surprises.”

Krauss has taken abuse from some quarters for teasing the announcement on his Twitter feed, once this past September and again in January. (One astrophysicist claimed to be “appalled” by the tweets.) Krauss thought drumming up interest in a major discovery was the right thing to do.

“If scientists are excited, I didn’t see why the public shouldn’t be,” he said. “No one on the project told me anything in confidence. I just heard the rumor, and it turned out to be true. … The net result was hundreds of articles are being prepared now for this result that wouldn’t be there if I hadn’t in some sense laid the groundwork. … I think I’d say I was doing God’s work, if I believed in God.”