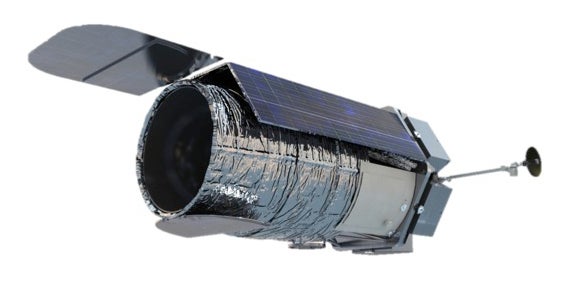 NASA has announced the selection of Science Investigation Teams for its Wide Field Infrared Survey Telescope (WFIRST). ASU will be the lead institution for one of these teams, which includes School of Earth and Space Exploration scientists James Rhoads, Sangeeta Malhotra, Rogier Windhorst, Rolf Jansen and Vithal Tilvi, along with scientists from the University of Texas, Texas A&M, University of Arizona, Stockholm University and Uppsala University in Sweden.

WFIRST will be a NASA observatory designed to settle essential questions in the areas of dark energy, exoplanets and infrared astrophysics. The telescope has a primary mirror 2.4 meters in diameter (7.9 feet) — the same size as the Hubble Space Telescope's primary mirror. WFIRST will have two instruments, the Wide Field Instrument and the Coronagraph Instrument.

The ASU team will develop a detailed plan for how to use WFIRST to study cosmic dawn, the period when the first stars formed in the earliest galaxies, and when the light produced by those earliest objects flooded the universe and ionized most of the ordinary matter.

“We made the case to NASA that WFIRST can and should explore this exciting time in cosmic history, in tandem with its primary science goals of studying dark energy and finding extrasolar planets,” said Rhoads. “And we put together a team with the scientific and technical expertise to help plan for that.”

Added Malhotra, “A six-month survey with WFIRST will be equivalent to about a hundred years of Hubble Space Telescope infrared observations. We will show how this can be used to chronicle both the early history of galaxy and quasar formation, and the effect those objects had on the universe around them.”

With this announcement, ASU’s School of Earth and Space Exploration, an academic unit of the College of Liberal Arts and Sciences, is now playing a significant role in three of NASA’s flagship observatories: the Hubble Space Telescope, the James Webb Space Telescope, and now the Wide Field Infrared Survey Telescope.

WFIRST is designed for a six-year mission and will launch on an Evolved Expendable Launch Vehicle out of Cape Canaveral in 2024.