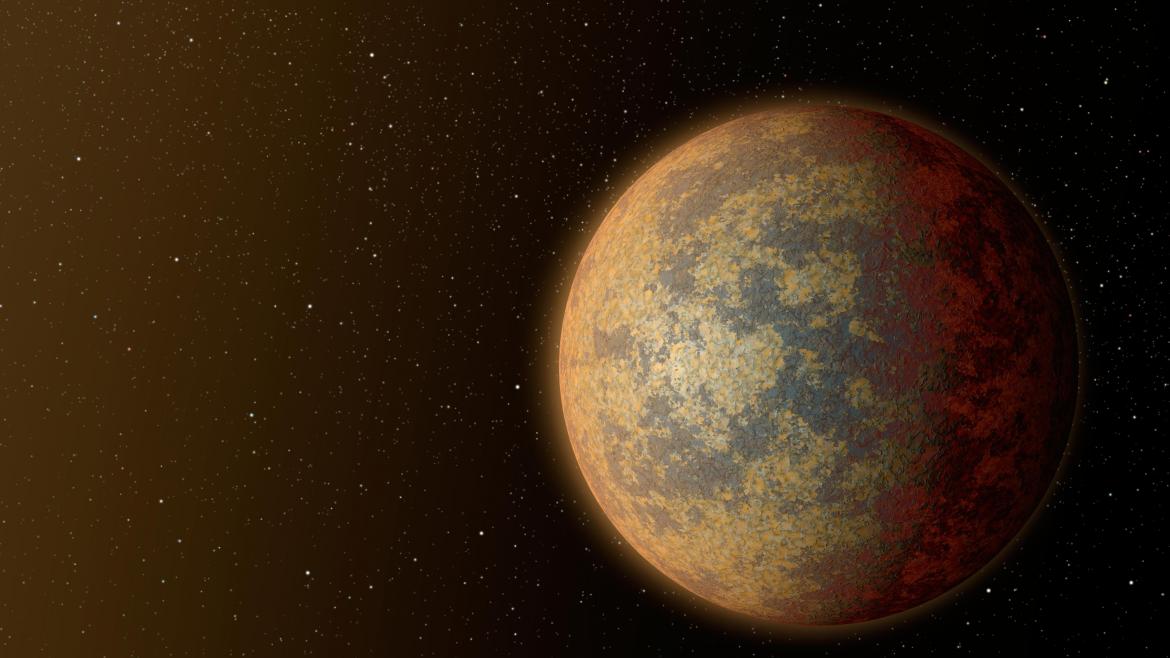 One of the best things in science fiction is bizarre alien planets. Ice planets, lava planets, water planets, planets with two suns, planets where you can see Saturn-like rings in the sky.

Nowadays, that’s one of the best things in astronomy too, because all those types of planets actually exist.

Welcome to exoplanets, the newest and sexiest field in astronomy, where in the hunt for alien worlds the Holy Grail is discovering another Earth.

Almost every week another discovery in the field makes the news. Earlier this month researchers found out 10 Jupiter-like planets they studied aren’t as hot and dry as suspected; clouds are hiding signs of water.

Astrophysicist Jennifer Patience of Arizona State University’s School of Earth and Space Exploration is an expert in exoplanets. She is involved in high-precision imaging of exoplanet systems and protoplanetary disks (a rotating circumstellar disk of dense gas surrounding a young newly formed star). She was involved in the first image detection of a multi-planet system around a particular type of star in 2008. She discussed the latest trends in the 23-year-old field.

“There are thousands of exoplanets known — several thousand,” Patience said. “My group is specifically looking for them. … I think people are sometimes surprised to realize how many planets are out there. They’re still being discovered. One of the up-and-coming areas is characterizing those planets. There’s often quite a bit of differences with our own solar system, so it’s a chance to explore the diversity of the planets that are out there.”

The first exoplanet was discovered in the early 1990s. It was found around a pulsar, a remnant of a supernova. It wasn’t seen; it was measured.

“When a planet orbits a star, it has a tiny gravitational tug on the star, just as the star has a tug on the planet,” Patience said. “We measure that shift in the velocity of the star. That’s how the first exoplanet was discovered. We didn’t see it.”

That changed in 2009, when the $600 million Kepler space observatory launched into orbit by NASA, with the aim of determining how common Earth-like planets are across the Milky Way galaxy. What Kepler has turned up is startling.

“There have been real surprises,” Patience said. “A lot of these exoplanets are very different from our own solar system.”

Planets with dual suns have been discovered — think Tatooine in “Star Wars.”

“There are planets with the Tatooine arrangement, with double stars,” she said. “Those are some of the interesting, very different systems compared to our own. There are planets in orbit around a pair of stars. There are also examples of planets where there is a planet around one star, but that star has a neighboring star. You can get different arrangements of the binaries.”

One planet scientists have dubbed a super-Saturn has more than 30 rings spreading 200 times wider than those of Saturn. Photo courtesy Ron Miller

There are a range of planets out there we don’t have in our solar system. Some are giant — 20 times bigger than Jupiter. Some have entire solar systems packed into a tight orbit like Mercury’s. If you were standing on the surface of one, the others could appear like the moon does in Earth’s night sky if they were close enough.

“You could see some amount of the size of the planet,” Patience said.

Many exoplanets are too close to their host stars to be habitable. “They can be up into the thousands of degrees,” Patience said. Most are giants, so they’re gaseous. If they turn out to be rocky, they could potentially be lava worlds.

“If a rocky planet is that close to the host star, you’d have to be thinking about some amount of molten material,” Patience said.

One planet scientists have dubbed a super-Saturn has more than 30 rings 200 times larger than Saturn’s. If it replaced Saturn in our solar system, its rings would be more visible than the moon.

“There’s a lot of diversity out there,” Patience said. “They’re all very interesting, but in very different ways. … We’re really working toward the characterization aspects of these new systems.”

The closest exoplanet is a little more than 16 light-years away (or about 96 trillion miles).

“It’s also sometimes called the Goldilocks zone,” Patience said. “There is this growing number of planets that are in the habitable zone. For the most part they are around those smaller stars because the orbits that could be searched so far are closer orbits. To catch the habitable zone you need to be around the lower-mass stars.”

There are around 25 Goldilocks planets: Earth-size, and in the right orbit. Last month the most promising Earth-like planet — Kepler 438b — was found to be possibly uninhabitable. The planet is in the Goldilocks zone, but it orbits a cooler low-mass star. This type of star has a lot of flare activity, so the planet is bombarded by intense radiation and plasma flares.

“Although it’s in the liquid water zone, it might have other complications,” Patience said of Kepler 438b.

Kepler 438b is tidally locked to the star, so the same face of the planet is always turned to the star (similar to the moon and Earth). Could there be a thin habitable edge at the line between the star side and the dark side? Imagine living in Arizona, but not being able to go to California because there’s too much radiation, and not being able to go to New Mexico because it’s dark and frigid.

“This is certainly an area that’s under research,” Patience said. “What is the full scope of those effects? … That’s what’s really exciting about this field. It’s a chance to encounter planetary systems that we don’t have analogs of in our own solar system. We can investigate what are the implications of having one hemisphere irradiated and one dark side. What are the wind patterns? What is the climate? There are a lot of interesting questions.”